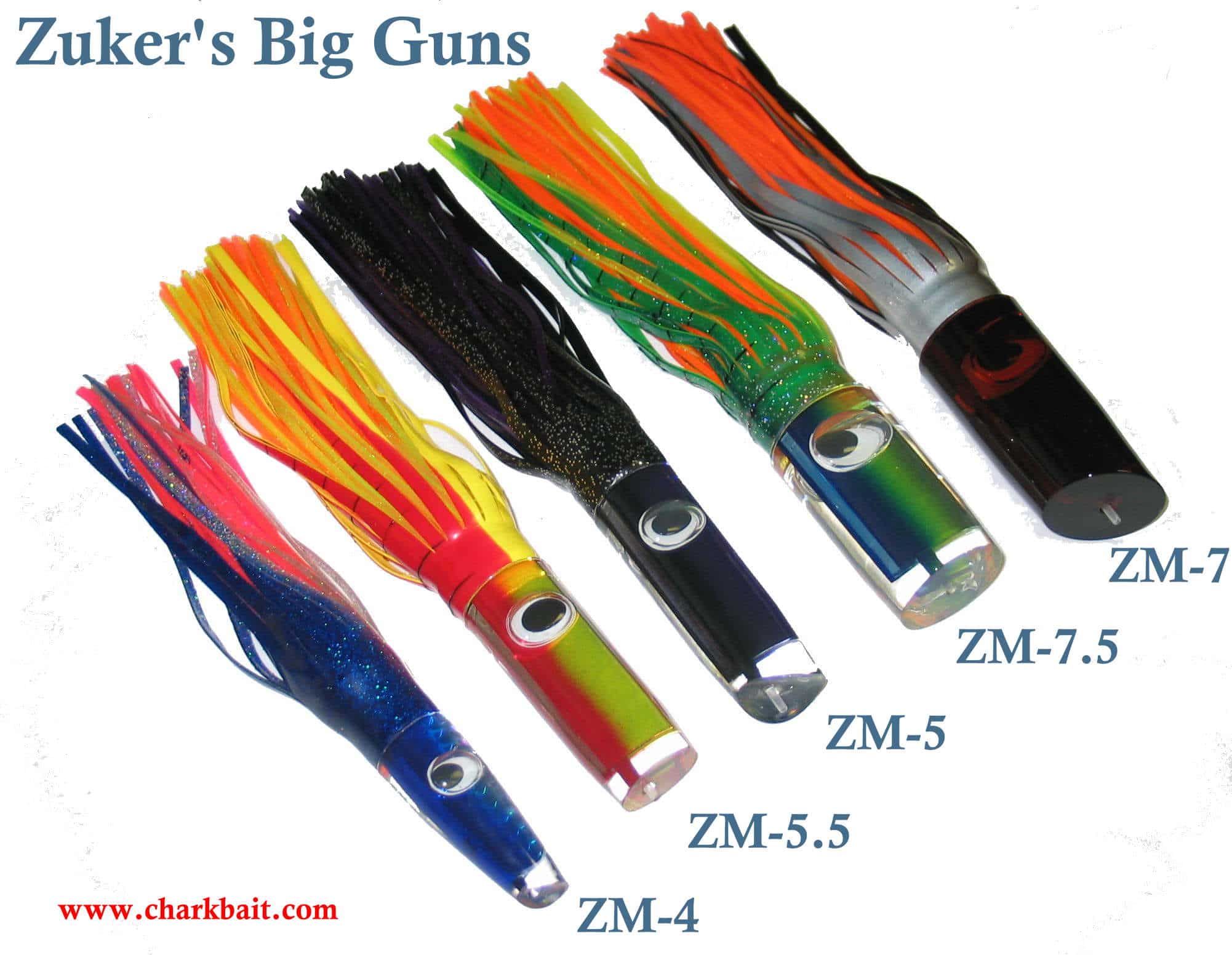 Zuker’s Grass Skirts may not look like all that much, but they act differently. The lure’s body is filled with a coarse nylon material instead of the more traditional feathers. My first reaction to the lure was pure apathy. Frankly, it’s not a very attractive bait. That’s why I didn’t bring it into our stock initially when I first started CharkBait. Boy was I wrong. I began getting a lot of feedback from some of our Northern California clients about it’s effectiveness.  So I reluctantly brought them in.  Southern California tuna fishermen who followed the internet heard of their success up the coast, tried ’em, and quickly started boiling on these lures like a bunch of tuna feeding on a bait ball. The green/yellow pattern became a much favored “afternoon” go-to lure.

Down deep where it counts, the Zuker “broom” is a beautiful lure. It catches fish! The lure proved it’s worth, many times over several seasons, so I’m now stocking them in good supply, and expanding the color selection. The ZG presents a different look and feel to a fish, there may be a different sonic characteristic as well. For some strange reason, this lure was among the most productive trolling lures for albacore tuna the past several seasons. The lure also did very well for the yellowfin that made it up our way. If you don’t have any in your trolling pack, be sure to pick a couple up, they are very much worth putting in the water. No questions about it, it’s a very good trolling lure, for both albacore and yellowfin tuna.

Zuker offers an upgraded ZG with Mylar tinsel which makes this great lure even more appealing. Use them in strong sunlight conditions to attract even more attention. The upgrade lures are of limited availability, but we do try to keep them in stock – not always easy.