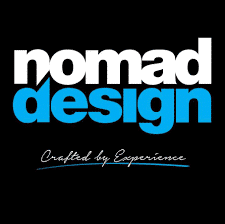 The MADMACS is a sinking super high speed trolling minnow capable of being trolled at high speeds. Featuring a machine-stamped stainless steel plate & full body foam core construction, it is one of the toughest lures available. Fitted with super strong BKK hooks and Heavy Duty split rings the Madmacs is ready for battle.

There were two new lures shown off at ICAST 2019, the

larger sized DTX Long Range sized minnow and the new MADMACS.  The DTX minnows gain depth thru their bill (bib) and weight distribution.  The MadMacs attain depth thru their front loaded weight and positioning of the connection point via the patented autotune system. These will act similarly to other planning head type designs. These are sinking lures, made to be high speed capable, to speeds greater than 15 knots when properly rigged.  They can also troll slow, as slow as 5 knots with an enticing vibrating action, even at very slow speeds. With the autotune system, thee lures will run true over a huge range of speeds.  When trolled at slower speeds the lures will attain a depth of 8-10 feet, at a super fast pace you’ll get 3-4 feet of depth out of the lure. The key is that they will run true. You can see the connecting point in the image below, and the patented autotune system.

The one issue that folks have had with DTX Minnows, even when rigged according to direction, is that a skipper with a lead foot will make even the best deep diver dart out of the water upon occasion.  Many of the best LR skippers have a plan in mind, a set speed they troll for wahoo.  They’re not looking over their shoulder to see if lures are bouncing around in the prop wash.  So, we reach a point where the very productive DTX Minnows are used in the “way back” position with the two inside trolling spots and the two corners which are tighter to the stern benefit from a planning head type lure that’s less effected by boat speed, going cross current, bumping up speed, uphill, downhill…  That’s where lures like the MagTrac, Bonita’s and Marauders have their place. Now Nomad has lures that fit this application very, very well.