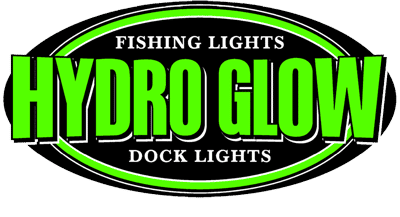 The HG3108 is our most versatile model. It is 24 inches long and made to be deployed right off the side of the boat. It features 324 high output LEDs, 2,000 lumens, one amp draw and virtually unbreakable. The HG3108 is suited for mid-sized boats and water depth in the 5 to 20 foot deep range. It is designed for both freshwater and saltwater applications.

HYDRO GLOW lights are the preferred night light for attracting bait, baitfish, squid, and predatory fish that feed on these critters. The Hydro Glow lights are the best available for private boaters, the most recommended fish attracting lights on the market, and they have been for many years. They are not the least expensive, but when the full package is considered, they represent a very worthwhile investment in fish catching technology.  If you are serious about catching white seabass off the SoCal coast, you need squid. If you need to “make” squid or other baits, you need a Hydro Glow!

A few years ago Hydro Glow updated their lights from big fragile tubes to LED lights. BIG improvement for most of us, the new LED’s were VERY durable, you didn’t have to be so careful since the LED’s were much more tolerant of being tossed or banged on the boat. The 24″ size provides more coverage for larger boats and works great as a squid light.